How to use SimaPro for large LCA modeling projects 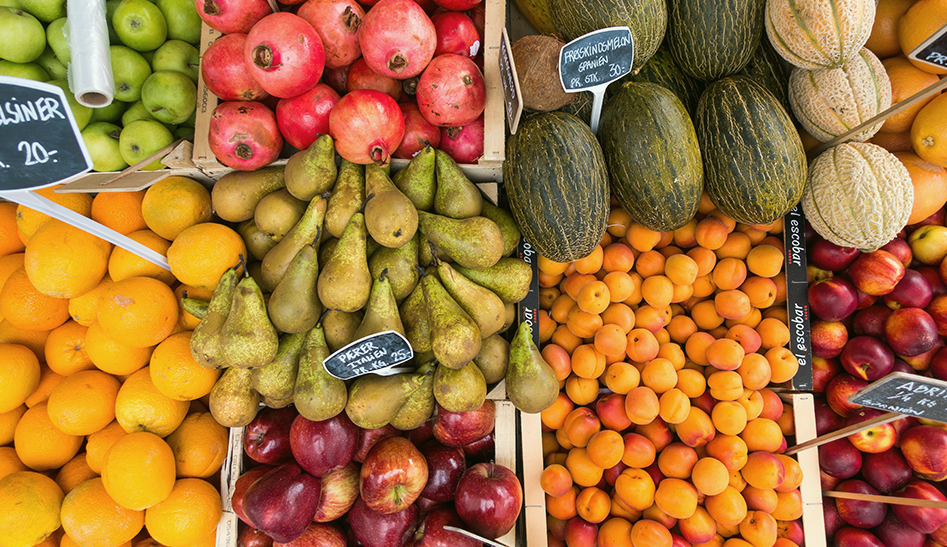 For a large project looking for improvement opportunities in the supply chains of six food products, the SP Technical Research Institute of Sweden used SimaPro to model the many relevant combinations of scenarios involved.

Initially, conflicts between environmental goals had to be addressed to create a single goal, consisting of three goal visions: ecosystem, plant nutrients and climate. For each combination of goal vision and product, a scenario was put together, optimized by a multi-disciplinary group of experts and analysed with LCA SimaPro.

This combination of six products, four scenarios and two system models each would result in 48 different product supply chain models.

To complicate matters even more, the supply chains can interact through buying and selling of crops. For instance, the pig farm produces both pigs and crops. The pigs consume part of the crops. The rest is
sold on a regional market, for instance to a chicken farm that cannot produce enough of a certain crop to cover its own consumption. As a result, different crop cultivation models needed to be included in each
product chain, as the conditions for crop cultivation are different on the different types of farm.

To simplify the modelling, the project used parameters to be able to alter and reuse processes across scenarios. This was a successful approach for modelling the primary production of raw materials, although each industrial process required its own set of processes.

Data was supplied to the model from Excel through external links. Master parameters were set per scenario that could change the entire model: on/off switches for which type of electricity source, which fuel or heat source, which system model, etc. The market processes that were used are similar to the ones in ecoinvent. These processes were also controlled from Excel and provided a specific market mix of each crop in each scenario.

All in all, the project consisted of more than 1000 processes, not including the library processes. The full Excel sheet had almost 1700 rows, and almost the same number of links to SimaPro. This large system model resulted in many improvement suggestions, which will soon be tested in real life.

SimaPro’s functionality simplified modelling and analysis of this large system in various ways:

Most importantly, the models could be parameterized, making this project a potential foundation for future work: the process and models can be used again and again for similar studies.

Thanks to the models created in SimaPro, various improvement options could be identified to optimize the product supply chains for the Swedish food products under study. Because the model was so large, the Report Maker application could have saved time in extracting reports – something to consider for next time. After inquiries from several large, progressive companies, PRé developed two web-based tools - SimaPro Share and Collect. These web-based extensions make it easier for all departments to use LCA data, while reducing the workload of LCA teams. Modeling the impacts of cleaning products for A.I.S.E.

For the International Association for Soaps, Detergents and Maintenance Products (A.I.S.E), PRé used SimaPro to develop a method to determine the hotspots in a product's life cycle. This helps determine key performance indicators. For financial software and media giant, PRé modelled their latest customer hardware in SimaPro. The goal was to give the company the tools they need to continually generate insights and improvement opportunities. For an international cement company, PRé built a SimaPro database as the foundation for a flexible, consistent product sustainability platform. This allows the company to rapidly expand its sustainability efforts around the world. With SimaPro, you get a best in-class software solution that suits your needs, and the certainty that you won’t find any hidden costs. There is a variety of licenses available for business, educational and academic purposes. Find the license that suits your needs best.

This website uses cookies to improve your experience while you navigate through the website. Out of these, the cookies that are categorized as necessary are stored on your browser as they are essential for the working of basic functionalities of the website. We also use third-party cookies that help us analyze and understand how you use this website. These cookies will be stored in your browser only with your consent. You also have the option to opt-out of these cookies. But opting out of some of these cookies may affect your browsing experience.
Necessary Always Enabled
Necessary cookies are absolutely essential for the website to function properly. These cookies ensure basic functionalities and security features of the website, anonymously.
Analytics
Analytical cookies are used to understand how visitors interact with the website. These cookies help provide information on metrics the number of visitors, bounce rate, traffic source, etc.
SAVE & ACCEPT